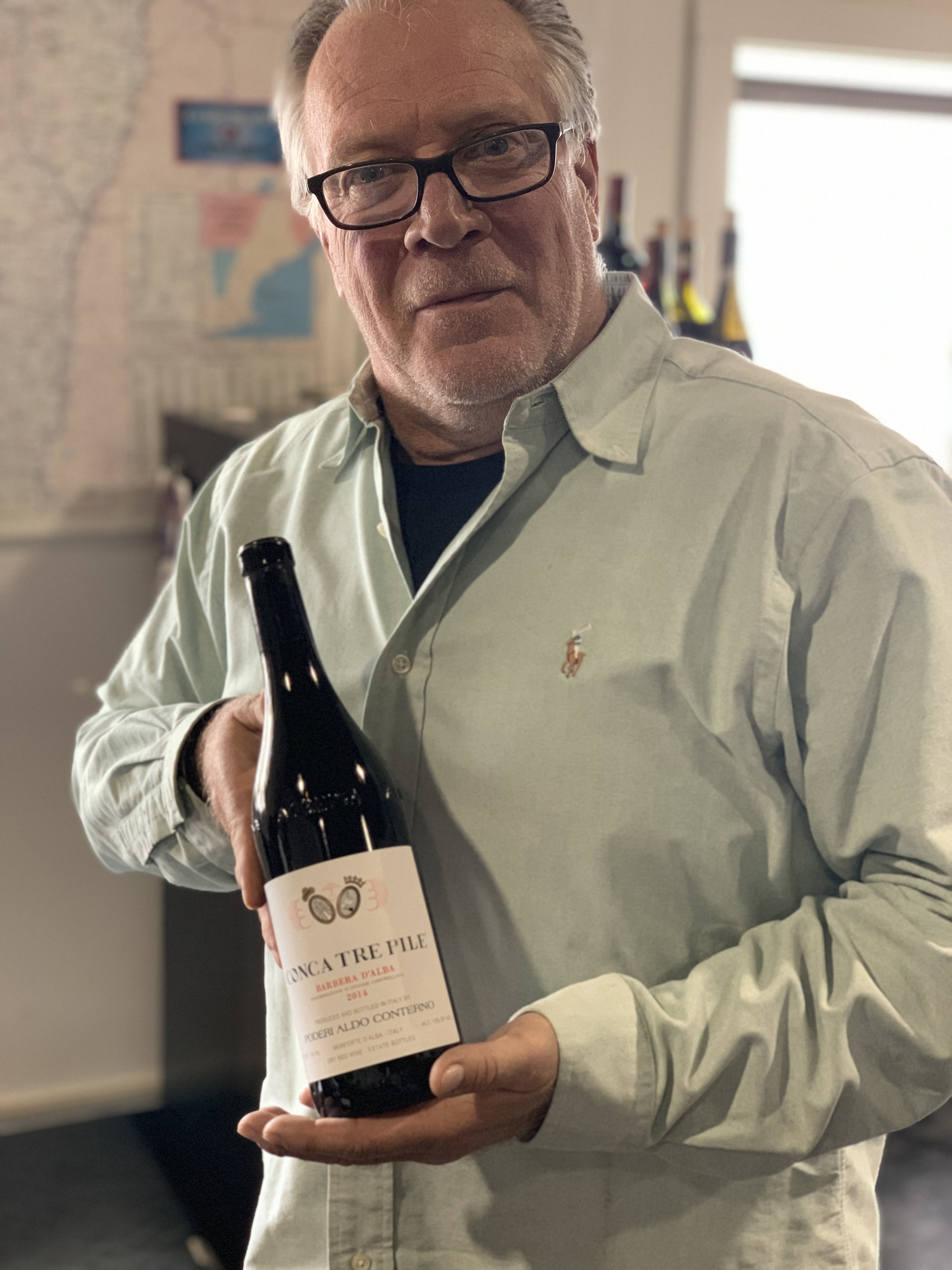 Mike StoleseOwner
Mike Stolese, Owner, started VWM in 1996 with Joerg Klauck after owning several businesses of his own including Stoliz's Bar in Winooski. He also co-owns and produces Burlington Wine and Food with his wife Tracy Stolese. This annual event is held on the Burlington waterfront and is where local meets global. This is an event for wine lovers, foodies and those who are hungry for adventure. This annual event showcases hundreds of wines from all around the globe, creations from Vermont's top chefs, artisanal cheeses as well as other specialty food vendors and local jazz. His specialties lie with his sharp-witted humor and broad knowledge of fine Italian wines. He is easily spotted around town in his Jeep with Nero, his Great Dane, by his side! 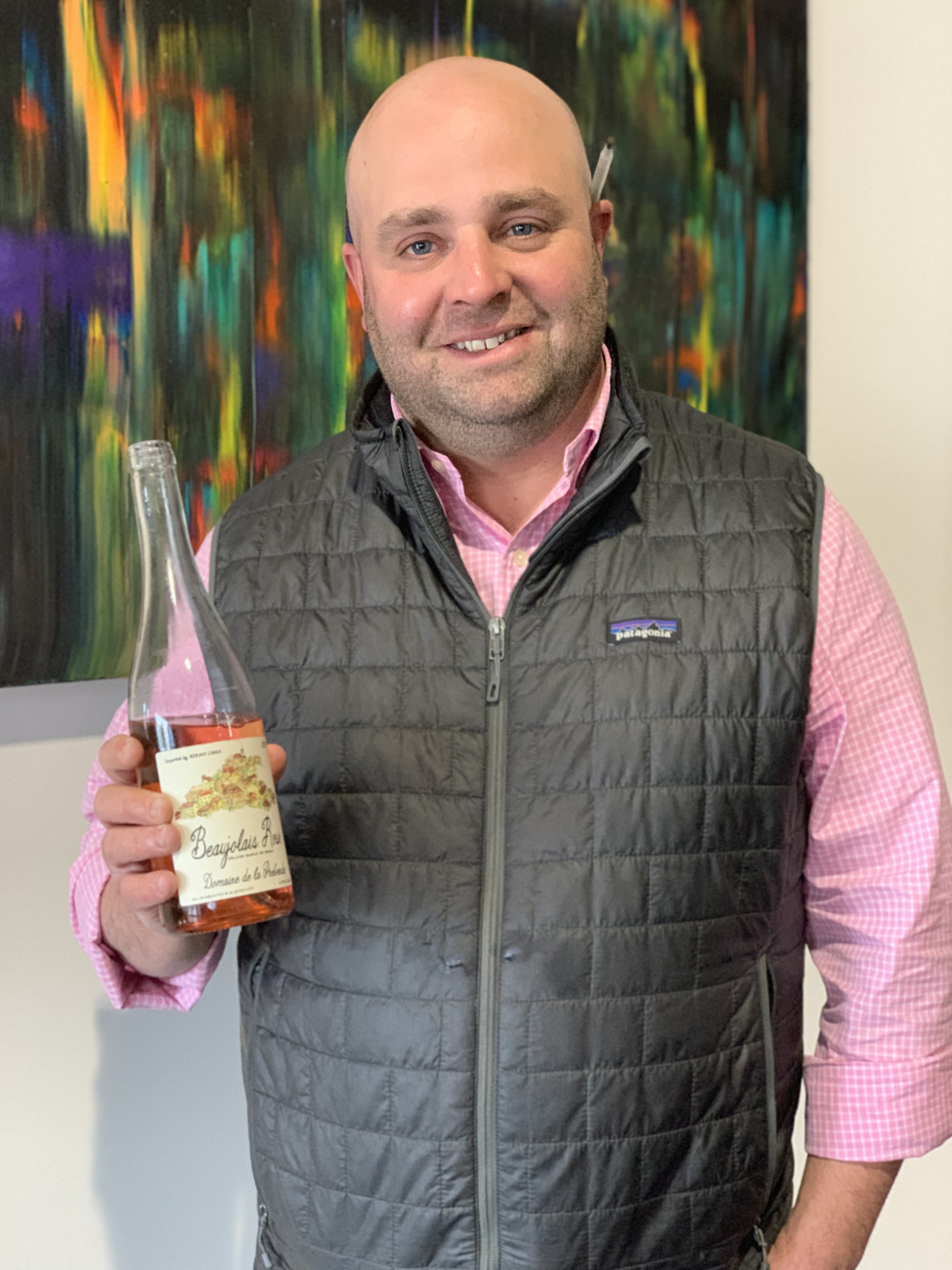 Drew RobinsonGeneral Manager
As a native Vermonter with more than a decade of experience in wine, Drew Robinson has a unique and intuitive understanding of the local market.  Drew was born into a restaurant family, and grew up waiting tables and bartending, before ultimately managing restaurants in college.  After leaving college, Drew walked straight into a job in the wine business and has never looked back, devoting his entire adult life to wine.  Drew is happiest when spending time with his wife and kids, and most inspired when traveling and seeking out new vineyards and winemakers. 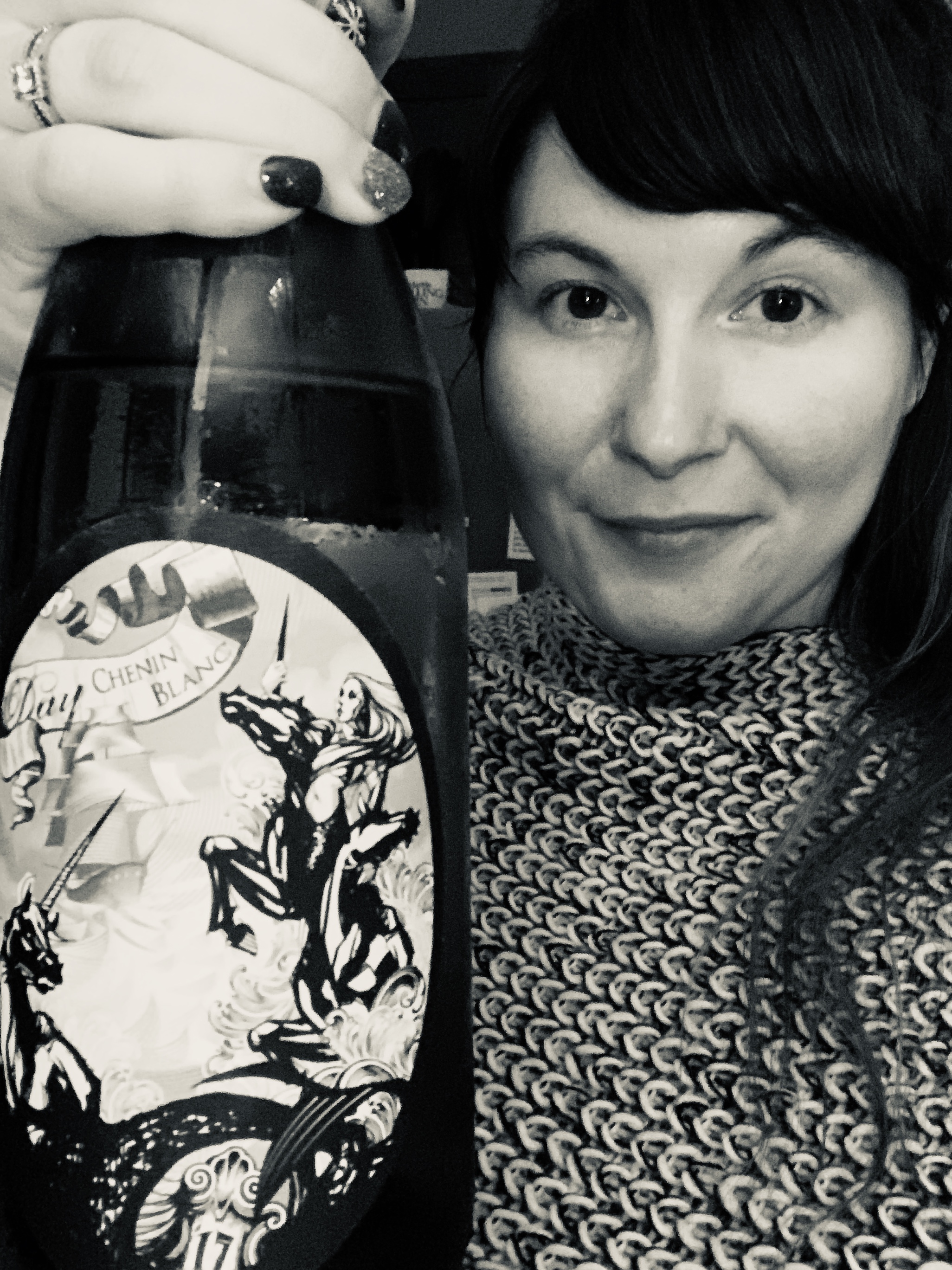 Abby KellieMarketing Director
Abby is a native Vermonter and has worked in the food and wine industry her entire life, from restaurants to wine retail. She is an avid home cook, spending the majority of her time in her kitchen creating and preparing meals and pairing them with wine. She has completed the Court of Master Sommeliers Introductory Course and Examination. Abby is always looking to try new wines and believes that good wine and good food should be easy, fun, and accessible to everyone.

Jennifer ClaytonPurchasing & Logistics
Jenn joined the VWM staff the Summer of 2007, only weeks after she made the trek cross-country from Southern California, where she had lived all her life. She worked in the bustling film and TV production industry, where she fell in love with images of Vermont via movies that have been filmed here. Jenn’s passion for wine stems from fond memories visiting vineyards, just miles from her house, with family and friends. Jenn brings a little California sunshine to Vermont through her enthusiasm, which is evident in her interactions with customers, suppliers and shippers. 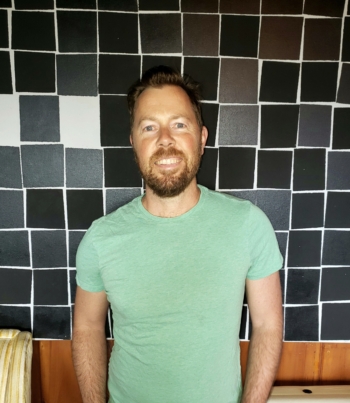 Will PatlovePurchasing & Receiving
Will joined the team as a driver in 2006. He took a 3 year “sabbatical” after 6 years, but came back in 2017 again as a driver. Then in 2021 he transitioned to a hybrid role in the office and the receiving docks. He is an artist, and his paintings can often be seen gracing the walls of the VWM office. He likes to cook, eat, pet his cat, and swim in the lake. He came to Vermont for college in the mid 90’s, and never left. 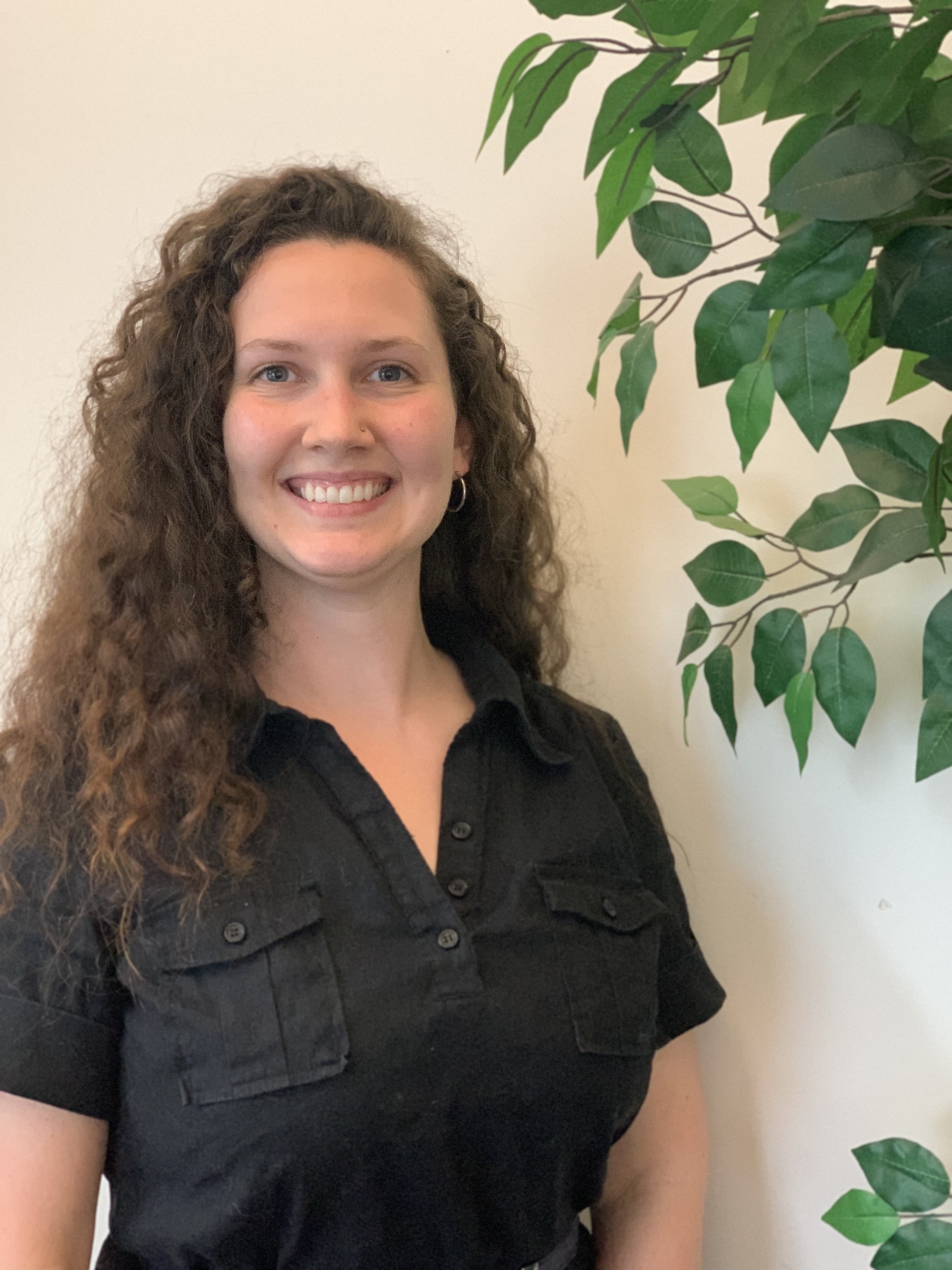 Annabelle KidsonOffice Administrator
Annabelle is the newest member of our team. Raised in Maine she has lived in Vermont for over 10 years. Beginning in beautiful southern Vermont, in 2014 moved to the Burlington area to manage an Acupuncture clinic for several years. Her experience pushed her to other office administration positions in downtown Burlington, until 2019 when she was introduced to the world of wine. Her passion and administration experience has made her an excellent addition to our team. You’ll probably see her riding her bike around town or frequenting the Shelburne Museum, often with a picnic and a glass of sparkling rose! 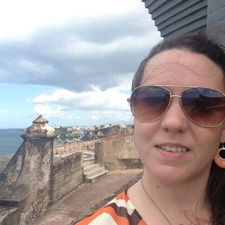 Michelle MillerOffice Manager
Michelle joined the team in the Summer of 2010. Originally from New Hampshire, Michelle fell in love with Vermont while vacationing here and made the big move from the Big Apple. When Michelle isn't involved with the theater she enjoys expanding her palate with our fine wines! Michelle is responsible for the general well being of the behind the scenes of The Vermont Wine Merchants. 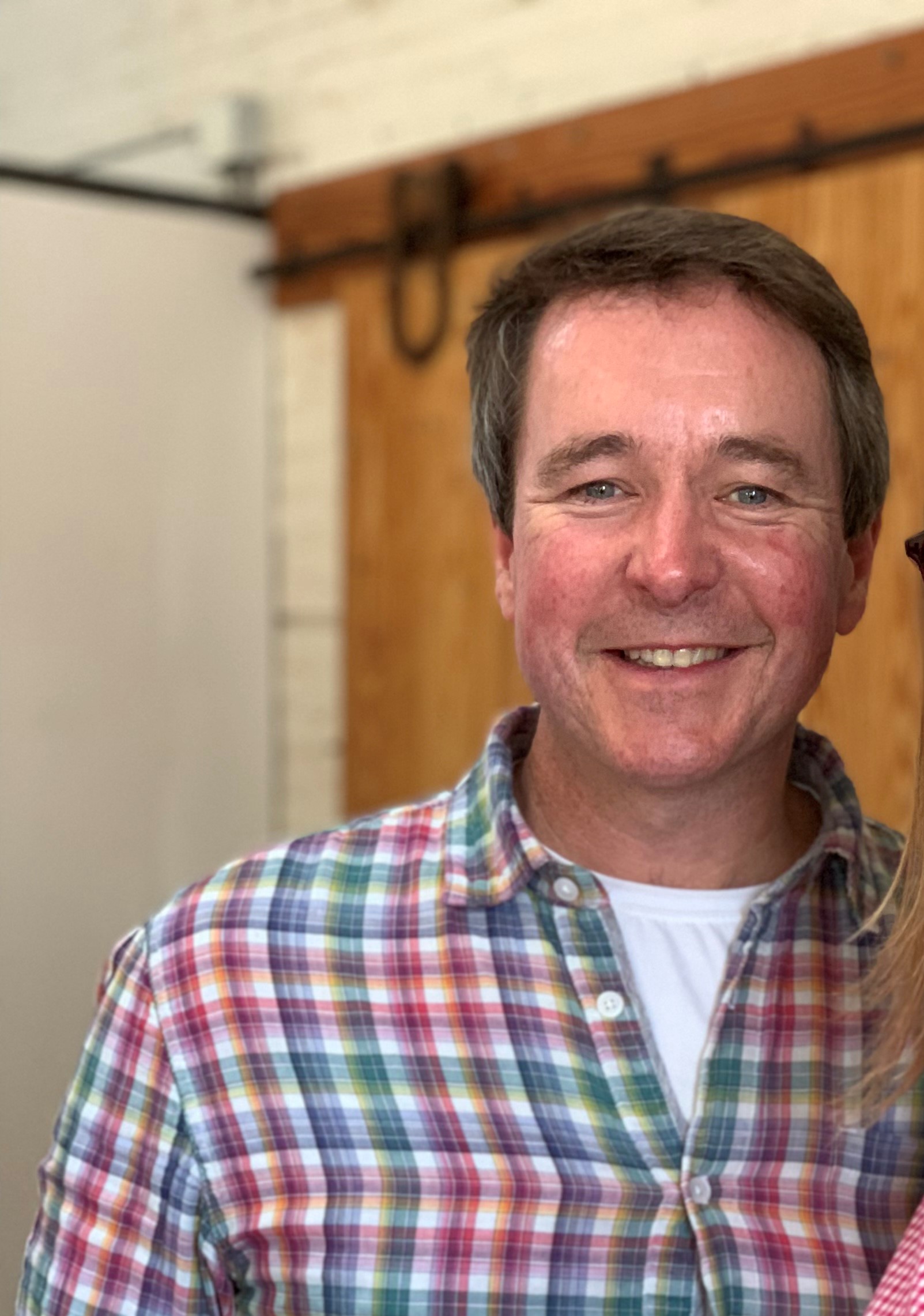 James TownsendBurlington Area
James Townsend better known in the trade as JT, was the second employee at Vermont Wine Merchants and has worked here since 1998. Originally from Virginia, James moved to attend college and eventually landed in Burlington where he now resides with his wife and two daughters. JT manages most of our large retail accounts in the Burlington area. 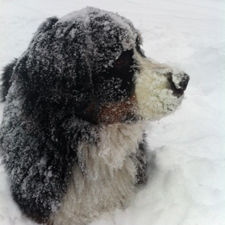 Robert BoehmeWashington County
Born in Northern California's Humboldt County, but grew up among the vineyards of Sonoma County learning to cook in some of it's best known restaurants. Spending Two years in San Francisco, honing those skills before receiving an A.O.S degree in Culinary Arts from The New England Culinary Institute in 1995. For the last 15 years Robert  has represented The Vermont Wine Merchants Company with a passion for Wine and Food and how well they fit together.  "Bier is for Drinking. Whiskey is for Sipping. Wine is for Pairing.....And Water is for Rehydrating."

Gerd HirschmannSouthwestern Vermont & St. Johnsbury Area
Gerd has been with VWM since the Summer of 2001. He has gathered his extensive wine knowledge over many years in the restaurant business & writes a weekly Column "Wine Experiments" in the Mt. Times in Killington. He is also known for his Tango moves and specializes in wines from Argentina. Gerd has recently earned a degree as a certified Sommelier through the Court of Master Sommeliers program. 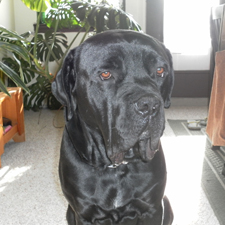 Holly KenyonChittenden County, Vergennes & the Islands
I've been with The Vermont Wine Merchants Company for seven years. The world of wine excites and interests me immensely. Working for VWM allows me to "walk the world" every day! Exploring and learning about wine, wine country, viniculture and people is fun and fascinating. The rapport I have built and developed with others, while absorbing and gaining knowledge about a field I am passionate about is rewarding and always an adventure. I look forward to the days, weeks and years of sitting..., sniffing..., swirling..., sipping...and soaking up whatever I can of a fantastic glass of wine.

Anthony WagnerCentral Vermont
Anthony grew up in the Finger Lakes region of New York. He remembers being in the car and driving passed many Vineyards as a kid and stopping along the way for those wicked sweet concord grape pies, a prelude to the future. He has always been around the foodservice industry in some capacity. Receiving both an Associates degree in Foodservice/Restaurant management and Bachelor’s Degree in Cultural Anthropology. He worked all throughout college at the greatest grocery store on earth, Wegmans! Moving to Vermont after College in the late 90’s is where Anthony was first bit by the Wine bug working at a local gourmet food and wine shop. From there it has been a passion that hasn’t stopped. He moved back to Western NY for a few years but Vermont was calling his name. It has now been almost 11 years since and deep in the Wine industry for the past 9 years. “Life is a banquet and most poor suckers are starving to death”. 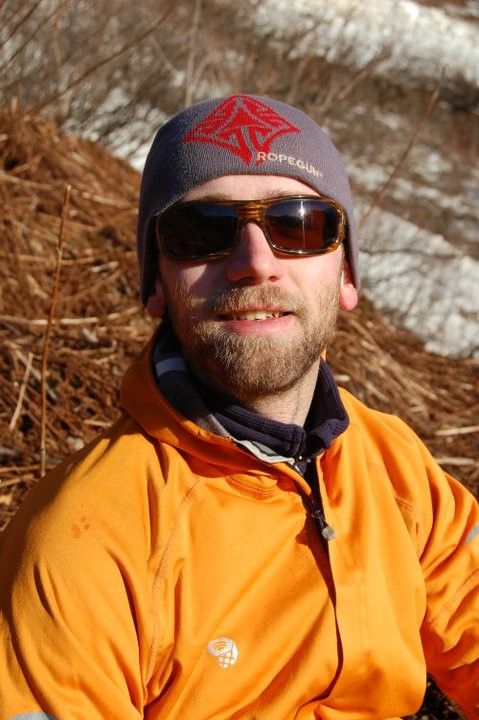 Dave CoteNorthern Vermont
Dave comes to us with a varied background and knowledge base. He holds a bachelors degree in Adventure Education, and an associates in automotive technology. He has worked as a dealership mechanic, an Alaskan Guide, a corrections officer, and finally landed in the world of wine 5 years ago while living in Juneau, AK. Originally from Massachusetts, he moved to Vermont in October of 2012 with his wife Liz and bought a house way up in the woods of Waterville, VT. Dave enjoys the simple life, gardening, raising chickens, felling timber and basically any excuse for hard labor outside! For fun, Dave tends to get lost in the woods with either hiking boots, or ski's on his feet, and sometimes he even gets vertical on some rock or ice. Though whatever the day holds, Dave likes to finish it with a seasonally appropriate beverage and some good home cooking. It's a wide world of wine out there, so let the adventure begin!

Tiffany SzymaszekBurlington, Vergennes & the Islands
Tiffany joined Vermont Wine Merchants in the fall of 2013 after spending more than a decade in the restaurant industry. Tiffany's passion for wine began at the young age of 15, when she first travelled overseas to Italy on a school trip. Immersing herself in the culture, food and imbibing wine with friends behind her teacher's back, she was hooked. Tiffany spent her early twenties waiting tables in Rittenhouse Square in Philadelphia, reading about wine and traveling to Europe whenever she could. With this foundation, Tiffany moved to Vermont in 2005, finished college and worked in Burlington-area restaurants. Her personal preferences steer toward the weird and funky wines and adores wines from southern Rhone and Piedmont. When she is not working, Tiffany can be found scouring the state for antiques and vintage goods, going on long hikes, or throwing intimate dinner parties. 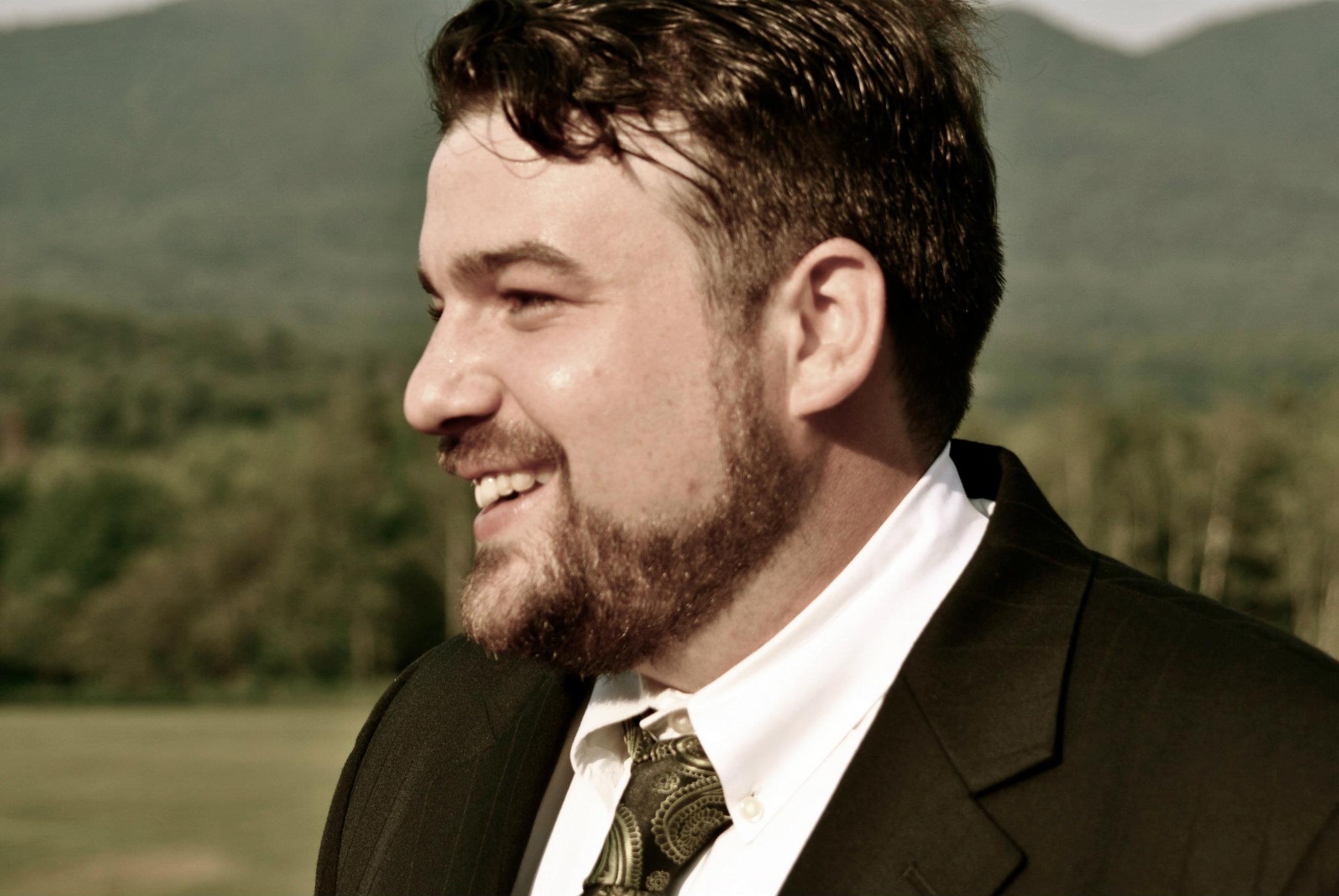 Rob RyanSouthern Vermont
Rob comes to Vermont from the Big Apple citing the reason of”….wanting to live somewhere that actually had apples.” Always a Vermonter at heart, he never thought that he would have the chance to pursue a career in wine and move to Vermont. Dreams do come true though and he leaped at the chance to see mountains instead of skyscrapers. Mr. Ryan received his education from years as a NYC stand up (he is not that funny in real life) and received a degree in German and Philosophy from Rutgers University, making him really, “Jersey”. Wine is in his blood (Often literally) because as a child his family owned the local liquor store. However, his real career in wine began at 21, when he got his first job as a clerk for a large discount wine retailer. When seeing that people could actually have a life in this business, he studied and worked his way up the latter, eventually leaving to helm one of the state’s best fine wine retailers. Today, he can be seen driving frantically trying in to be in multiple places at once, hiking with his dog cricket, or enjoying Vermont’s culinary excellence.

Sarah NagleSouthern Vermont
Sarah’s wine career started when she moved to the Adirondacks after college to be a ski bum, and got a job as a bartender at a resort in Lake Placid. She has been working in wine (and skiing) ever since. After spending the majority of her 20’s living in NYC, Boston, and a brief stint in Rome, Italy, Sarah returned to the great Northeast two years ago to make Vermont her permanent home with her husband and three dogs. She has worked in Michelin star restaurants, and in fine wine retail shops, but her favorite part of working in wine is connecting with people and getting them to step outside of their comfort zone to try a new varietal or region. Sarah’s familial roots are in Italy, so she naturally has an affinity for Italian wines, but she is also passionate about wines made by hand from small wineries all over the world, including our great state of Vermont. 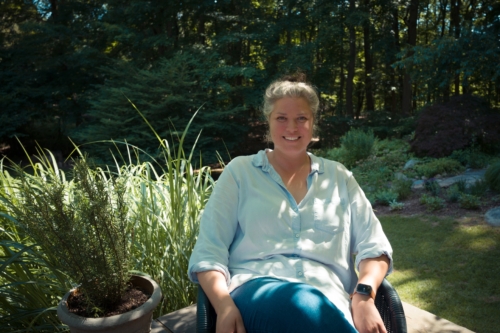 Molly NowakBurlington, Middlebury
Molly grew up in the Hudson Highlands, playing in streams and swimming in the river. She discovered a passion for the environment and local agriculture that lead to a BA in Environmental Studies (with a ceramics minor) from Skidmore College.  After several years in agricultural and environmental education in Vermont, she found herself arriving in Burlington in time to help open Hen of the Wood—Burlington. Her newfound enthusiasm for the natural wine program drove her to travel, scour wine encyclopedias, and work on her Sommelier knowledge base which in turn earned her the title of wine director for the restaurant. Now, after eight years, a pandemic, and a brief stint in wine retail, she is excited to start her newest chapter with us here at Vermont Wine Merchants.

You must be 21 years old to visit this site.